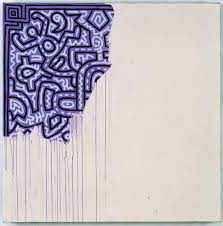 Every piece of art has a beginning and an ending. Imagine if Micheal Angelo hadn’t finished the Sistine Chapel? But what you may not be aware of is that there are several statues considered ‘unfinished’ that are highly valued simply because they are his.

If his items have such a high value even unfinished, how much more valuable are you? Think about that a moment. You are a created being, designed by God in His image and likeness. What others see as flaws are beautiful to Him. He not only made you, He made you with purpose in mind. Our image is merely a container to hold the glory and majesty of our Creator.

I pray with great faith for you, because I’m fully convinced that the One who began this glorious work in you will faithfully continue the process of maturing you and will put his finishing touches to it until the unveiling of our Lord Jesus Christ! Philippians 1:6 TPT

This process we’re in, the process of maturing and perfecting, of exposing and washing, will continue right up until the day Jesus comes to take us as His bride. Why such a long process? Because although we think we’re ready and may feel we’re prepared for what God has for us, we have no idea what He truly has prepared for us to do.

We may have glimpses of what He has in store and we may even ‘know’ that it’s really big, but just how big will not be revealed until we’re ready for it. Trust the process! Allow the Holy Spirit to arrange you the way He wants so that you can do what He’s purposed you to do.

Ok, I hear you! You probably feel that it’s been forever since you said yes you’ll go, yes you’ll do what He wants you to do. After all, you’re not getting any younger, right? I get it! I’m 63 years young and deeply aware that my calendar is getting shorter by the day! But guess what? God knows that as well and seriously, is anything too hard for Him?

He gives me hope in my final outcome. He is continuing to put on the finishing touches, but there will come a moment when the Artist is finished with His masterpiece. He will look at me and be satisfied with the work He’s done. I’m not an after-thought or a flawed canvas. What may look imperfect to you is perfect to Him. I mean seriously! Have you seen some of the ‘art’ that sells for millions of dollars? Beauty is truly in the eye of the beholder and I know who my Beholder is!

“Until then, my heart will go on singing. Until then, with joy I’ll carry on. Until that day my eyes behold that city. Until the day, God calls me home.” Amen