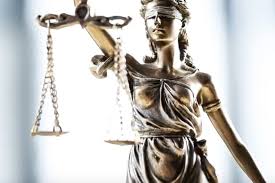 One day Jesus taught the apostles to keep praying and never stop or lose hope. He shared with them this illustration:

“In a certain town there was a civil judge, a thick-skinned and godless man who had no fear of others’ opinions.  And there was a poor widow in that town who kept pleading with the judge, ‘Grant me justice and protect me against my oppressor!’

“He ignored her pleas for quite some time, but she kept asking. Eventually he said to himself, ‘This widow keeps annoying me, demanding her rights, and I’m tired of listening to her. Even though I’m not a religious man and don’t care about the opinions of others, I’ll just get her off my back by answering her claims for justice and I’ll rule in her favor. Then she’ll leave me alone.’” Luke 18:1-5 TPT

I’ve always loved the story. At the very beginning it explains the reason for the story; to teach us our need for constant prayer and to never give up hope. It seems to be a continuation of the teaching to keep on knocking and the door will be opened.

We just don’t pray long enough. We pray a few times and when it doesn’t show up we use the lame excuse, “Well, perhaps it just wasn’t Gods will.” What ever happened to keep on seeking, keep on asking, keep on knocking? We’ve turned into a bunch of spoiled, microwave Christians. If we can’t get it in 3 minutes or less, we move on to something else.

I’ve been asking for something for years now and I have the assurance that if I don’t become weary and stop, I WILL GET WHAT I PRAY FOR! That’s enough for me. I will go back time and time again until I see the manifestation of what I’m believing for.

Time to ask God to breathe life back into our dreams. An unanswered prayer is not denial, its just delayed so keep asking! Daniel prayed for 21 days before the angel of the Lord showed up. But let’s not forget that he was dispatched the first day, he encountered some opposition on the way.

Father, You are so faithful and You hear us and love us.  Because You do, what I ask according to Your Word, You will give me. Teach me to trust You even when it doesn’t show up for years. I will just keep seeking to know You more and to be available when You need me. It’s in Jesus’ Name, Amen.

One thought on “Keep The Faith”