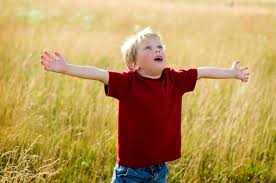 The boy Samuel was serving God under Eli’s direction. This was at a time when the revelation of God was rarely heard or seen. One night Eli was sound asleep (his eyesight was very bad—he could hardly see). It was well before dawn; the sanctuary lamp was still burning. Samuel was still in bed in the Temple of God, where the Chest of God rested. Then God called out, “Samuel, Samuel!”

Samuel got up and went to Eli, “I heard you call. Here I am.”

Again Eli said, “Son, I didn’t call you. Go back to bed.” (This all happened before Samuel knew God for himself. It was before the revelation of God had been given to him personally.)

God called again, “Samuel!”—the third time! Yet again Samuel got up and went to Eli, “Yes? I heard you call me. Here I am.”

That’s when it dawned on Eli that God was calling the boy. So Eli directed Samuel, “Go back and lie down. If the voice calls again, say, ‘Speak, God. I’m your servant, ready to listen.’” Samuel returned to his bed.

Then God came and stood before him exactly as before, calling out, “Samuel! Samuel!”

God said to Samuel, “Listen carefully. I’m getting ready to do something…..” Read the rest of the story in I Samuel 3

I hear the Lord saying, “I want to reveal myself to my sons and daughters, but they spend more time talking then listening. They want to know my plans, but they won’t be still before me to hear it. They’re full of their own thoughts and agendas, and if I don’t work quickly according to their plans, they just move on.”

To hear from God, we must first have revelation of God. Please understand that there is no one bigger than God. From the beginning of time, He created man to converse with him. One thing noted in Genesis is that God walked with Adam in the cool of the day. Friends talk! He loves to reveal Himself and all of His astounding attributes to us

The second most important thing is to recognize His voice and make ourselves available to listen. You can’t recognize Gods voice if you don’t read His Word because He IS His Word. John 1:1-5;

Little Samuel heard an audible voice calling to him in the night and thought it was Eli, the priest. It took a few times for Eli to realize that God was the one doing the calling because it had been so long since he himself had heard Gods voice. I wonder how it made him feel?

The bible says that the voice of God was rare in that time. Kind of like today, don’t you think? Is it because man didn’t want to hear? Perhaps they’d made their own plans and didn’t want interference. It’s like they had life all figured out; plans, goals, seeking after money, fame. They had grown accustomed to no God voice and that was ok with them. No voice, no guilt! Sound familiar?

Father, to not hear your voice would be horrible! I can’t imagine my life without You! Each day when I rise and say, “Good morning, Lord!” Your response is music to my ears and I feel my heart stir within me. I’m so thankful that You sent Your Spirit to live in me. I don’t have to wait for a certain time, I can access you every minute of everyday. I want to know You in ALL of Your glory! Speak Lord! Your servant is listening.