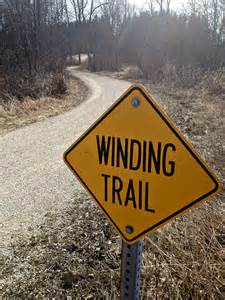 One of my very favorite verses is one that David penned in Psalm 37:23; The steps of a good man are ordered by the Lord, and He delights in his way. Anyone who knows me has heard me quote this multiple times.

It’s hard to believe that this journey has actually been ordered. Did I really sign up for this? Yes, I did. The moment I made Jesus my Savior and Lord, I allowed Him to take me on a trip that would best suit His plans for me in His Kingdom.

Joseph with his coat of many colors, now THAT was a trip! I’m sure when he was on his journey, he probably felt the same things we do at times. Tricks and traps, slavery and prison, hurt and betrayal, none of which looked anything like the dreams he had as a youth. But let’s learn one thing from Joseph; He knew God had purpose for his life and he trusted Him in the journey.

If it was something Joseph could have done on his own, he wouldn’t have needed God. God only takes us in ways we cannot possibly do alone. His paths may be unfamiliar, crooked and rough, but it is to simply prepare us for His end game; Save His people.

I’ve been asked why I named my blog, Remnantposts. It’s because we are the remnant, Gods people, those who have lay down their own agendas for the sake of His Kingdom. I just want to encourage you to hang in there, hold on, climb higher, seek His face more, pray, listen, learn, encourage others, don’t quit!

Don’t be counted among those who would be deceived. We need each other but most of all, we MUST trust in God. He has a plan! We don’t need to know the details, just know that whatever road you’re on, He’s with you, will never leave you, will carry you when you’re weary. Why? Because He’s God.

I end with this thought; If the road you’re on looks strange, unfamiliar and uncomfortable, you’re on the right road. If in the distance you see the image of a fellow traveler, shout out to them, “Keep going! You’re almost there!” May His Kingdom come and His will be done in us, in the earth, on our journey.